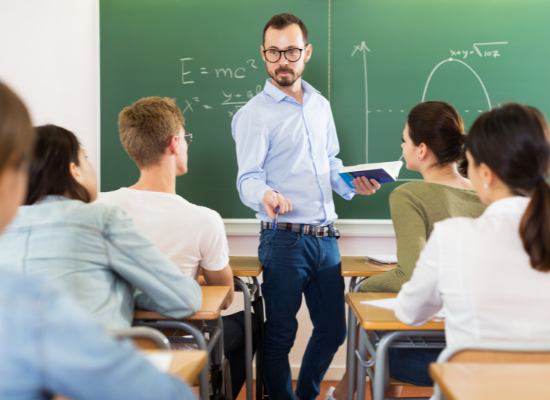 In the early 1990’s I was totally frustrated due to relentless money challenges. I had a good job as a school teacher and over the previous 10 years I’d received a pay rise each year as my experience as a school teacher had increased, but I had reached the point where there would be no more pay rises, unless I was prepared to do more study and apply for promotions. That was going to take way too long to get results and I really didn’t love my job that much anyway. I wanted the money hassles to go away NOW.

So, I went looking for answers. Why was it that so many pay rises had come and gone, but not one of them had ever taken away my money stress? I began a deliberate and thorough search to find out what I was doing wrong.

I can tell you that what I discovered was life changing, and I have never looked back. In fact, I ended up leaving school teaching, and since 2002 I’ve focussed all of my energy on passing forward what I discovered that changed my life.

These Money Hints and Tips are just one of the ways I do that.

Since I started out on this journey, I’ve been interviewed numerous times on Radio and Television in Australia and the USA. I’ve spoken to thousands of people at seminars in the UK, the USA, New Zealand and right across Australia. I’ve run training workshops in many of those locations, where I’ve taught people how to take control of their money and build foundations for future wealth.

Throughout all of this, I’ve learned something incredibly surprising.

There’s a massive problem in our society when it comes to money. You probably knew that, but it’s not the problem you might think it is!

A small percentage of people are really interested in doing well with their finances and they’re happy to put time, energy and resources into getting access to the best information and help that’s available. They want to do well financially and they’re doing something about it.

However, a much larger percentage of people say they want to do better financially, but they are firmly stuck in their current unhappy money situation.

Nothing ever changes for them and it never will, unless there is help from an external force or person. They will be under the same money stress 12 months from now, 2 years from now, 5 years from now, and beyond.

They believe that winning or inheriting a whole lot of money would be amazing, it would fix all their problems, but I’m absolutely confident in telling you that if that were to happen, it would actually make their problems even worse within a short timeframe, not better.

They believe their problems are caused by the government, their employer, their spouse, their childhood, rising prices, bad luck, lack of income, or some other external situation that they have no control over.

They want to do something to solve their money problems but they’re not sure what to do, and nothing ever happens!

When I first started out on this journey, I noticed that when I met someone new, if we got talking about careers and I mentioned that I had discovered one of the major reasons why people have money problems, and I was on a mission to help people fix their broken budgets, it was almost guaranteed that they would say something like “I should get you to help me with my finances”.

But, if I even hinted that I would be happy to show them how I had changed my life or how they could do it, it was almost guaranteed that they would back away saying something like “Oh look, you know now is not a good time, maybe after Christmas or after the car is paid off” (or whatever financial challenge they felt was currently causing them difficulty).

You know what? A quarter of a century later that is still the case. Nothing has changed.

Many people are still scared stiff of taking the first step to doing something about fixing their finances, and they are afraid for a number of reasons.

They are afraid that if they take the time to really have a close look at their finances, they might find out things really are not that good, and it’s like, ignorance is bliss! If you don’t look, you won’t have to deal with it.

They are afraid that if they take the lid off their financial Pandora's box they will not be able to get it back on if it gets too scary.

And they believe that more income is the only solution to their problem, and they can’t change that in a hurry.

The problem is that they are so skeptical about anyone who offers to help them, that they can not and do not trust anyone.

They would be thinking, “Yeah Sure!”, to anyone who says they can help them do better financially.

So, no matter how much they say they want to change, they are totally frozen by fear and disbelief.

Someone would have to hold a gun to their head and threaten to shoot them dead before they would move from their stuck position.

Has that happened more than once?

If so, you are in danger of becoming one of the people who never ever gets the relief you really want. You can get all the pay rises in the world, but they will never solve your problem, and winning lotto will not do it either; maybe you would have a good year or so, but after that, things would actually get worse!

And yet, a 30 minute conversation with a Spending Planner is more than likely all it would take to break the stalemate and open the door to a much better you, and a much better future for you.

Don’t take my word for it, break the glass, press the button and find out how easy it can be to start moving forward to a better financial future. Connect with me through the website spending planning dot com and let's break the stalemate. Over the last 25 years thousands of people who have made the decision to reach out to me for help have found it was one of the best decisions they ever made.

Now is your time.

Take Control of Your Finances

If you can take control of your spending by making some of the little changes above, you'll put some breathing space between you and your money stress, allowing you to relax and start building a stable financial future for your family. How many expenses do you accept in your day without question, and where could you reduce your weekly outgoing money just by changing a few habits? If you just can't get your head around that and/or you are tired of money stress and have decided it's time to take control, talk to a Spending Planner to find out how you can break the cycle. BOOK A FREE CALL

You have nothing to lose and lots to gain. Spending Planners are non-judgmental professionals who are trained to help. A short relationship with a Spending Planner will provide you with tools and training that will benefit you for the rest of your life!

To find out more about becoming a Spending Planner, CLICK HERE

Creating your own personal Spending Plan will be one of the best things you ever did.